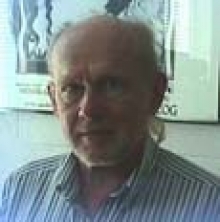 Department of Languages and Culture Studies
Professor of German
rcreimer@uncc.edu

Dr. Robert Reimer is Professor of German in the Department of Languages and Culture Studies. He received his Ph.D. in German Language and Literature from the University of Kansas 1971 and has taught at UNC Charlotte since 1971. Dr. Reimer teaches courses in German language, literature and film and also courses in other European cinemas. He has taught film courses as an exchange professor in Germany at the Pädagogische Hochschule – Ludwigsburg in 1984-84, 1997, and 2005 and at Kingston University in the UK 2002-2003.

Dr. Reimer has published on German film, including the book Nazi-Retro Film: How German Narrative Cinema Remembers the Past , Twayne Publishers 1992, co-authored with Carol Reimer. The book examines postwar German films that attempt to come to terms with Germany's Nazi past. He also edited Through a National Socialist Lens: Essays on the Cinema of the Third Reich , Camden House 2000, and has written numerous essays and papers on films of the New German Cinema. Other publications are the textbooks German Culture through Film , and Arbeitsbuch zu German Culture through Film , both for Focus Publishing, 2005 and with Carol Reimer he authored the Historical Dictionary of German Cinema, Scarecrow Press, 2008. He is presently researching the effect of subtitles on viewer reception of film.

In addition to his scholarly interest in film, Dr. Reimer also has a popular interest in movies and serves as Vice President of the Charlotte Film Society. He recently coauthored with Carol J. Reimer a Dictionary of Holocaust Cinema for Scarecrow Press.  His vitae is available here.