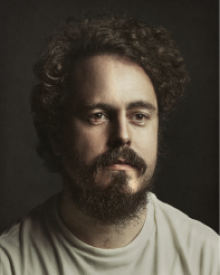 Languages and Culture Studies
Director of the Film Studies Program

William S. Davis is the Director of the Film Studies Program in the Department of Languages and Culture Studies and Director of the Video Production Certificate. He received his Bachelor's in Art with a concentration in Photography and Film Studies Minor from UNC Charlotte in 2004, and his Master's in Liberal Studies with a concentration in Film and Technology from UNC Charlotte in 2009.

William is Creative Director of Small Creatures LLC, a visual marketing firm based in Charlotte, NC. He has worked with numerous Fortune 500 companies, non-profits, small businesses and artists throughout the U.S. and beyond. His projects have been screened internationally in film festivals and art galleries including the TS1 Gallery in Beijing, China, Yale University and the KIT Museum in Düsseldorf, Germany. His films have screened at Indie Grits, HollyShorts, NewFilmmakers NY, South London Shorts, Lisbon International, Hong Kong Arthouse, Bucharest ShortCut CineFest, Hell's Half Mile, Cardiff Mini, Defy Film Festival and others.

William was selected as a Sundance Screenwriting Fellow, received the Regional Artist Project Grant for Mecklenburg County, the CoA+A Digital Making Grant and is a Knight Foundation Fellow for the Celebrate Charlotte Arts Grant. He is a lifelong North Carolinian who grew up in the Appalachian foothills and resides with his wife and daughter in South Charlotte.

William has taught for the Film Studies Program since January 2008. His Curriculum Vitae is available here, and more information can be found at www.smallcreatures.com and www.williamstephendavis.com.